The Prince, his mother and the Holocaust.

Many of us were deeply saddened to hear the news of Prince Philip’s passing. You may not know that in 1994 he became the first member of the royal family ever to visit Israel. It was a landmark moment for the country but also for the Prince himself. He made the visit at the invitation of Yad Vashem – The World Holocaust Remembrance Centre, to honour the compassion and bravery of his mother, Princess Alice of Battenberg. She was to be bestowed the posthumous award of Righteous Among The Nations in recognition of risking her life to help Jews during the Holocaust. 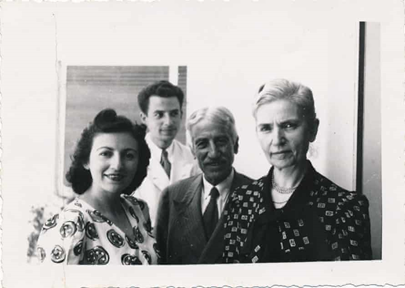 Princess Alice had sheltered three members of the Cohen family in her house in Athens, saving them from almost certain death during the Nazi occupation of Greece. The story has been featured in this week’s Women’s Hour on Radio 4.

Prince Philip was accompanied to the ceremony by his sister and was joined too by the surviving members of the Cohen family.

His speech concluded with these humble and poignant words:

‘The Holocaust was the most horrific event in all Jewish history, and it will remain in the memory of all future generations. It is, therefore, a very generous gesture that also remembered here are the many millions of non-Jews, like my mother, who shared in your pain and anguish and did what they could in small ways to alleviate the horror’.

Most of these courageous human beings remain unknown. Indeed, many suffered death as a result of their actions but as of January 2020, Yad Vashem has been able to identify and honour 27,712 from 51 countries. Whilst in the scheme of things this number accounted for very few, their stories must nonetheless be told. The sheer courage of individuals such as Princess Alice lift us out of despair and give us hope – something which must surely be part of meaningful educational endeavour.

Princess Alice was laid to rest at the foot of the Mount of Olives, opposite the eastern wall of the old city of Jerusalem.

Coming up are two fascinating online CPD sessions offered by the expert team here at the Centre. Here are the details:

22 April 2021      Evidence and the Holocaust: Teaching the Holocaust with historical sources from the Wiener Library.

Join us on the 22nd April for a bespoke session led by Barbara Warnock of the Wiener Library. In creating Schemes of Learning and engaging lessons on the Holocaust, it can be hard sometimes to know where to turn to for thought-provoking historical sources. Barbara will showcase sources that you can access from the library that speak to some key themes in Holocaust education, such as life in the ghettos, resistance, and the roles people played during the Holocaust. We would love to see you in this exclusive ‘tour’ of the archives and hope you will be inspired to use some of them in creative ways in the classroom.

Our research shows that young people are often mystified by the targeting of Jews for mass murder – this activity shows how teachers can work with the film Roots of antisemitism to uncover the origins of this ‘longest hatred’, and to explore continuity and change from medieval anti-Judaism to modern antisemitism.

Wishing you a good weekend.

Member of the UK delegation to the IHRA